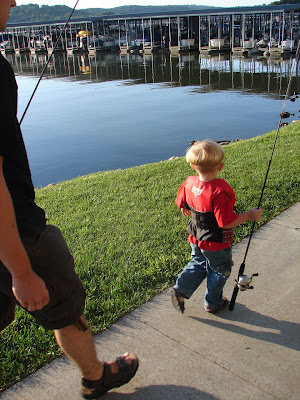 This morning the Boy and I got up very early and joined Uncle Micah, Grandpa, and Nathanael on a fishing trip. 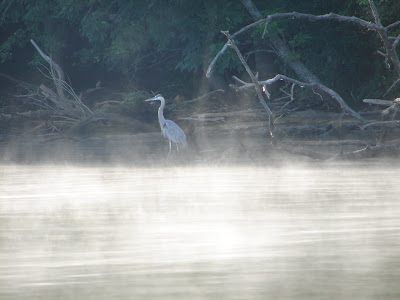 It was lovely to be out on the water in the cool of the morning, with the mist still rising. 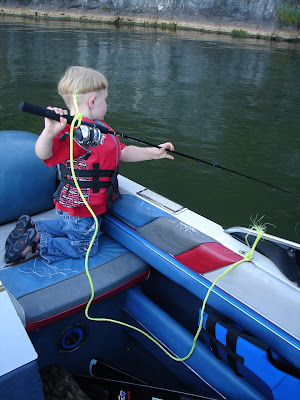 I tied his pole to the boat for safe keeping. He ‘fished’ for a while, reeling his line in and out, then lost interest. 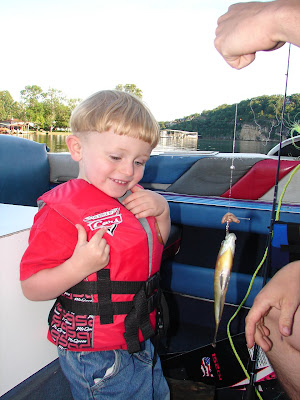 It wasn’t till we went to pull his line in so we could move to a different spot that we realized he had a fish! 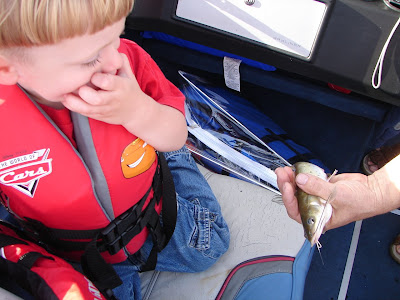 He did not care to touch the fish, but I do think he enjoyed the experience. This was the catfish Uncle Nathanael caught. 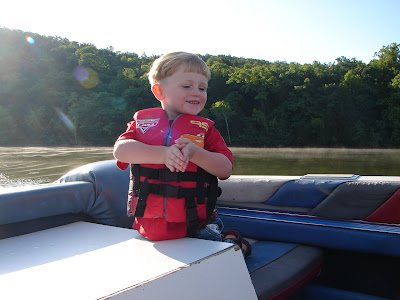 Signing “Fish” . The poor sunfish he caught had been working on digesting the worm for a while before we discovered him, so Grandpa had to practically dismember him to get the hook out. We didn’t think he’d survive when we threw it back in, and…he didn’t. In a few minutes it came floating by the boat again, belly up, reminding Jesse of his success. 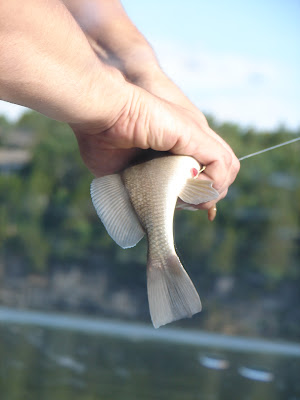 One of Uncle Micah’s catches. 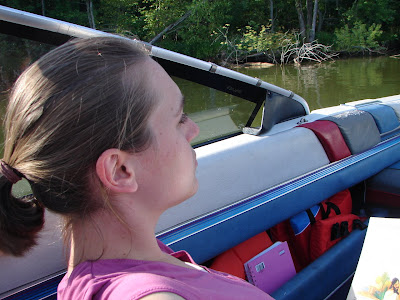 I sat in the boat and read. It was a very vacationish way to spend the morning.