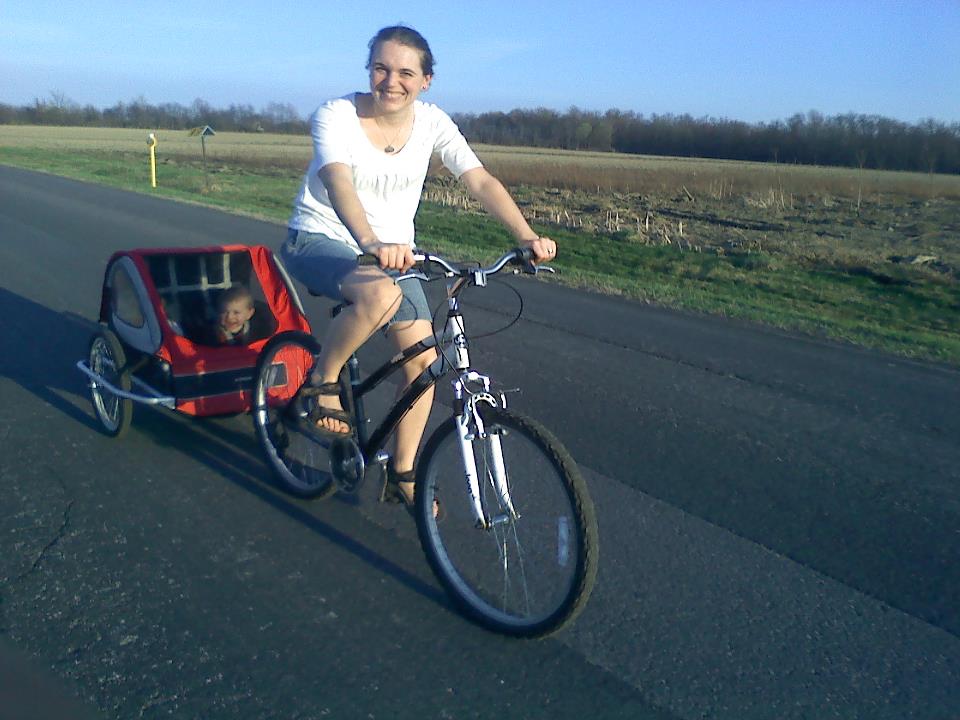 I did a crazy thing the other day.

We were just getting the bikes hooked up for a family bike ride, when I remembered we were out of milk. I looked at the clock–there wouldn’t be time to fetch it before a ride, nor after. We would have to do both simultaneously.

Jeremy gave me that look that he does when he’s trying to figure out why he married such a crazy woman. I argued that I would be the one pulling the extra load so that gave me the final word in the debate. He willingly arranged the three one-gallon glass containers I had handed to him into the back of the bike trailer with a towel stuffed between for padding.

And we were off. Seth is always laughing with delight before we even get to the end of the driveway. We all love family bike rides. 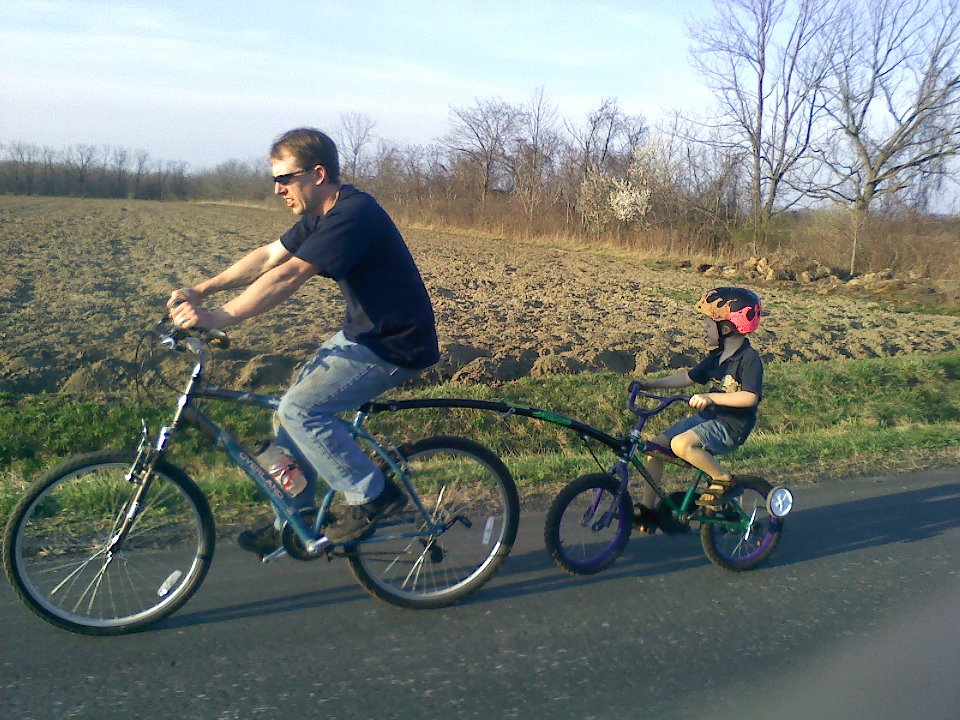 Jesse pedaled along behind Jeremy, full of his usua, 5 year old, trying-to-figure-out-the-whole-world questions. “Which way are we going, Mamma?”

We’re blessed to have an Amish farm with a Jersey herd just down the road that’s willing to sell us raw milk at milking time. Yeah, it’s a couple of miles, but we usually do 4-6 miles on our after-dinner family bike rides, so I thought it was doable.

We made it to the farm easily (it’s a slight incline most of the way…) and as I filled our jugs from the bulk tank, The Farmer came in from the barn. He glanced out the window.

“Yeah”, I replied, “It makes up for not having a horse and buggy.”

The Farmer laughed. He likes my jokes.

Pulling out of the driveway, I asked Jeremy how much a gallon weighs.

He just smiled. He never has to say “I told you so.”

I will conclude this story with the simple statement--I got a good workout on the way home.

And the next bike ride we went on, we headed up-hill, so the ride home was down-hill all the way… 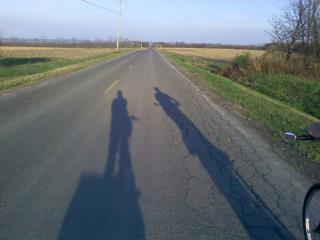 P.S. I have to say it was incredibly satisfying to go and fetch milk on my own pedal-power. I think I’ll do it again.

Looking for your own supply for raw milk?