Getting it Done with Little Ones, Part #3

The day was not off to a good start. Before I’d even done my hair or got breakfast warming (Leftover Blueberry Buckle and Egg Casserole for Father’s Day), The Boy was ‘Making More Work For Mommy’ – a cardinal offense around here. As he pulled a towel off the rack for no good reason, I formulated a plan. This morning we were going to put his energy to work before we got frustrated. 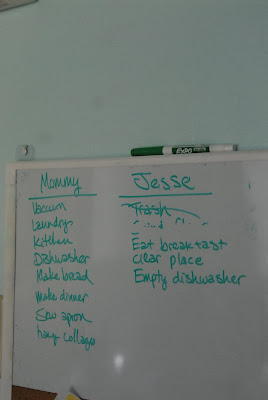 I made my way to the kitchen (a total mess after a restful sabbath) and grabbed my trusty dry erase marker. I called the Boy to observe an exciting new activity. I wrote my name on the board, then his, and underlined them both. Then I wrote a list of chores he could do with my supervision while I brought the kitchen to order. His list was short, and he would be free to play when he was finished. My list was long, and would take me the rest of the day. But with a plan like this, I hoped to avoid too may impatient moments. By the time he was done with this list, he would be more than ready to go off and play of a good while, and I would be free to concentrate on my tasks without constant interruption. 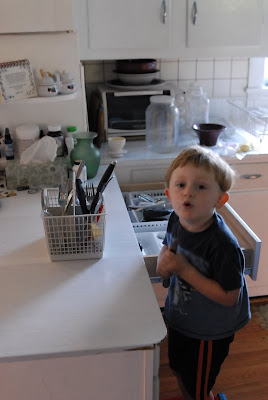 Jesse putting the clean silverware away before breakfast

The plan worked like a charm. By the time breakfast had been eaten, the rest of the kitchen was back in order and I was ready to address the dining room. The Boy was in such a good mood from the satisfaction of crossing everything off his list and the accompanying praise that he went above and beyond the call of duty, crawling around under the dining room table to clean up toys so I could vacuum. Each item was put away where it belonged, including a forgotten fork into the silverware tray in the dishwasher, and a hat hung on a door nob – all without being directed. Who said a 3 year old couldn’t sort and put items away? I was once again guilty of expecting too little of  my son, and denying him the deep satisfaction of a job well done. 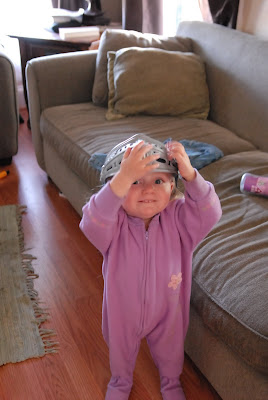