I had no idea Jesse was so popular with our readers! I mean, he’s MY favorite little boy, but I never knew our readers were such fans of his cuteness as well. So, without further ado, we give you more of what you love… 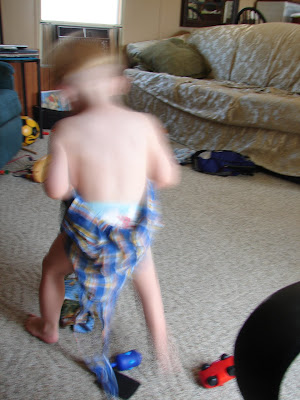 Jesse’s new favorite past time is dressing himself. 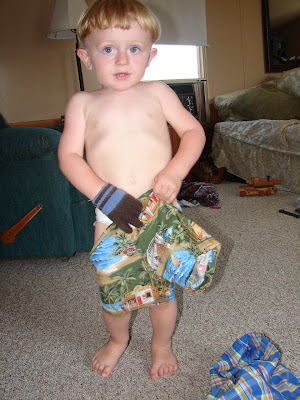 This is easier when mommy lets him run around naked. 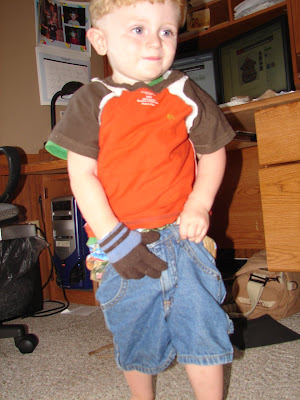 It’s a little tricker when he already had clothes on. (Here, with just a little help, he has donned two pairs of pants on top of each other, and a second shirt after the first)

This fascination with things in pairs is carried out all over the house, ever since he learned to count to two. Yes, our not-yet-two-year-old can already count higher than his age. He recognizes pairs of things everywhere and calls out “Dwo!!!”

Once again, Mommy has left the little boy to run around with what he considers insufficient outerwear… 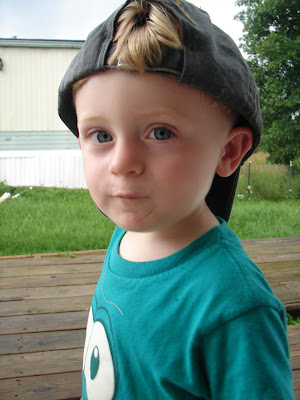 So he pulls on daddy’s hat at a jaunty angle… 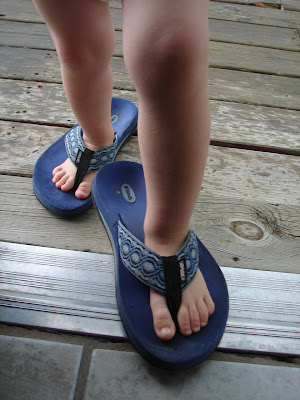 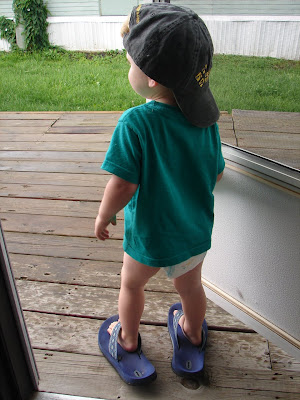 …and heads outside for adventure!