Cover Story {The God Factor in Self Publishing}

I ‘m starting my series on the process of publishing and marketing my first ebook with a story that, at first glance, has nothing to do with ebooks. But that’s just to show you how intertwined the process was with every day life, and—with God. He was a part of the entire process, to the point where I could almost say “God was my publisher.” 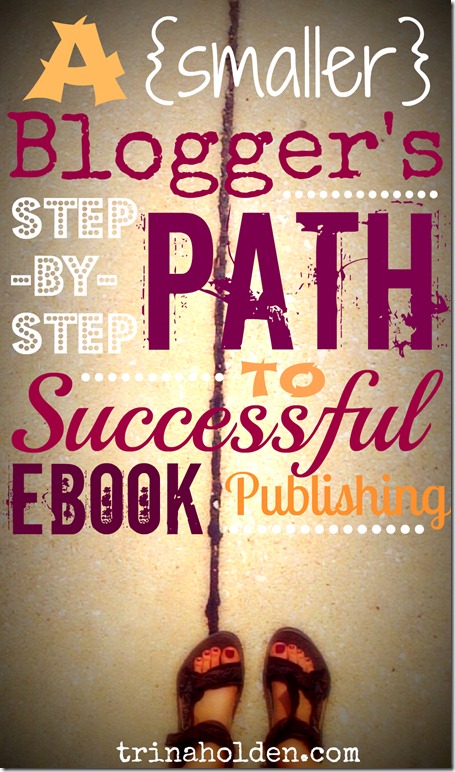 I was scrubbing dishes with the energy that only comes from furry. I had never been this angry at my man before.

{I was pretty angry at myself, too. Here I am with the best man God ever gave a girl, and I have the ingratitude to complain?}

It had to do with the griddle on my back porch. It had sat there for two years, after using it for a birthday party. But we hadn’t used it since, and I had become increasingly annoyed at how much space it was taking up on my precious porch. Today Jeremy had finally agreed that we could move it!

I had opened the barn doors and was clearing a path on the porch when he said,

We’d been over this. I thought the barn was the ideal place to store an un-used piece of equipment. But Jeremy had objected. I had yet to hear a good reason NOT to put it in the barn, so I was moving ahead with what made sense to me. But here he was again, putting a wrench in my plans for a clean porch. And he wouldn’t explain why.

That’s when I blew up.

I let off about enough steam to de-wrinkle a cathedral-length silk wedding gown, and I stomped inside to wash dishes.

I knew I was wrong. But I was so angry, I didn’t even want to think about making up any time in the next 3 years. So I prayed what I call the Want-to-Want-to Prayer. Only, in this case, I had to add a few more ‘want to’s’:

Just like that, the situation was infused with His Spirit.

I suddenly felt the grace to cool down, humble myself, ask my husband’s forgiveness, and be willing to calmly discuss a solution to The Griddle Problem. As I walked out to the porch, I noticed a space in my mudroom that, while not ideal, did seem like a better place for The Griddle than my precious porch. So, after apologizing, I quietly offered that as a compromise.

“I really want to put it somewhere we can use it,” Jeremy admitted.

{At last! We were communicating! All it took, apparently, was me being willing to quit ranting and simply listen. Imagine that.}

But he headed into my kitchen. (you’re catching all the possessive pronouns here, yes? They indicate ownership issues.) I followed him. He was eyeing the space the portable dishwasher was living in. He pulled out his tape measure.

“Oh, God, no!” I thought. “He wants to put That Thing in my kitchen! You have got to be kidding.”

Neither was God, for He gave me the grace to watch quietly while Jeremy measured to see if The Griddle would fit alongside my stove with a little rearranging. I tried to have an open mind, but that griddle was just so ugly!

“Just think how great it would be for frying pancakes!” Jeremy encouraged me.

He had a point. My propane stove has this issue that even the smallest burner at the lowest setting will boil water—frying pancakes is always a smoky affair involving turning the burners off and on to regulate the heat. A small part of me began wondering if this might be a good idea after all.

Two days later Jeremy came back from work with a beautiful metal frame and heat shield custom-made to house The Griddle. Then he sand blasted it till it was shiny, installed it in my kitchen, taught me how to turn it on, and bought me a gorgeous stainless-steel spatula to use on it. Also, while he was in a rearranging, upgrading mode, he installed 12 inch. of counter I’d been begging for since we moved in—providing a home for my mixer and much-needed surface next to my stove.

I only had to cook on it once for our friendship to be sealed for life. The Griddle has been a wonderful addition to my our kitchen. Jeremy loves cooking on it and uses it as much as I do. It’s an absolute dream for cooking pancakes.

In fact, that’s what I was doing one morning as I worried again what to do about the cover for my ebook. I’d gotten advice from an expert that if I really wanted to market my book effectively, I should look into upgrading the cover. We’d looked into hiring someone, but Jeremy thought we could probably do it ourselves. We just needed a good photo.

The blueberry pancakes looked so beautiful steaming away, I was inspired to grab Jeremy’s camera (it’s the nice one he uses for weddings and I don’t know how to do anything but press the button that takes a picture.) The lighting was just right, and God must have been guiding my hands, because I leaned back and snapped a perfect shot that became the new cover for my book.

As I continue this series, I’ll share what we’ve learned about what makes a great cover design, and how we got from this 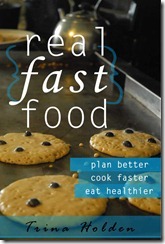 Have you ever dreamed of publishing a book? What’s kept you from it? I hope this series will inspire and give you practical encouragement to help make your dream a reality. This series will post on Tuesdays for the next two months, and next week we’re going to explore the question, “Do You Have an eBook in You?”

If you have a book in you, or in any stage of writing or publishing and need some help getting it to completion, Jeremy and I accept a few clients every year to help make their dreams reality. Contact me if you’re interested in having us work on your project with you.

Do you recognize the “Want-To Want-To Prayer”? Have you ever tried it? Look out…it works every time…

P.S. The dishwasher died the week after we installed the griddle, so that solved the problem of where to put the dishwasher!