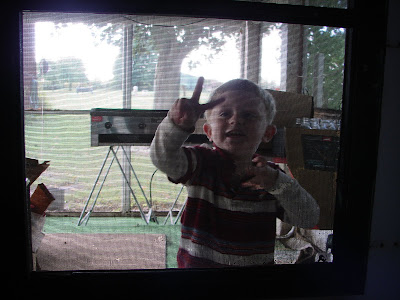 Like I said, I get a little camera crazy on birthdays. I document everything. This is Jesse and me at the screen door arguing about how old he is. 🙂 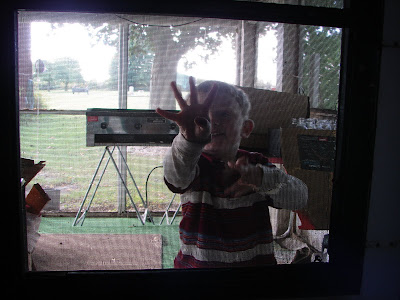 We have been practicing and talking about being three for weeks. Sometime during the day he actually made the transition. He will now admit that he is three (though he really liked being two). Here he is trying to make the American Sign Language form of “three”. 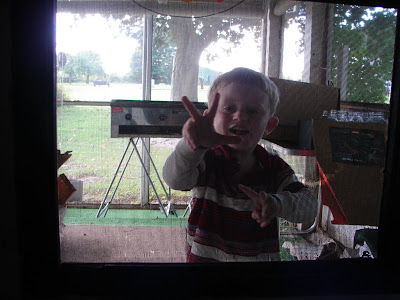 …and, he got it. It’s a little different than the conventional version with he three middle fingers, but it’s no easier! I am, however, one proud momma.