The other day, The Boy wanted to go outside. He pulled a chair to the hat and mitten box, found his mittens, scarf, and hat. Then he pulled his snow pants and coat off the hooks, and found his boots. All by himself. Since he had done half the work, I decided I could do my part and help him get dressed. At the last minute, he announced that Little Dog wanted to come along. 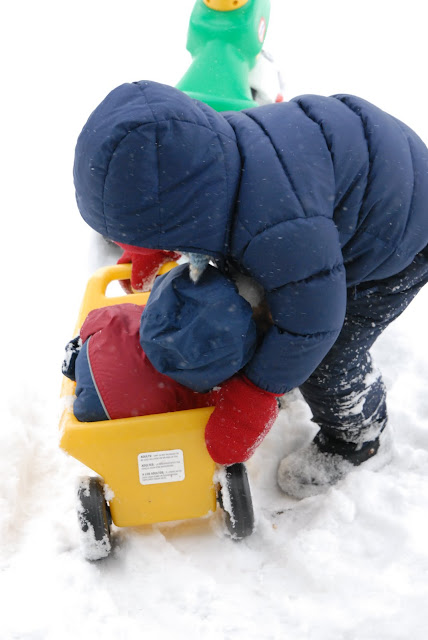 I looked out at the powdery whiteness abounding, and down at the Little Dog, wagging his tail at me. I thought how snowy his fur would get. I thought how much FUN he would have. And I thought of an idea. 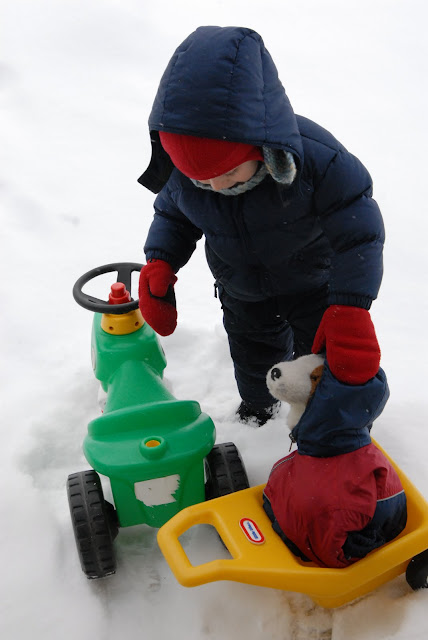 With a jacket of The Boy’s zipped up to his chin, and the arms tied around his body, Little Dog was cozy warm, and ready to go out in the snow. The Boy was delighted. He grabbed his tractor and trailer, and off they went. 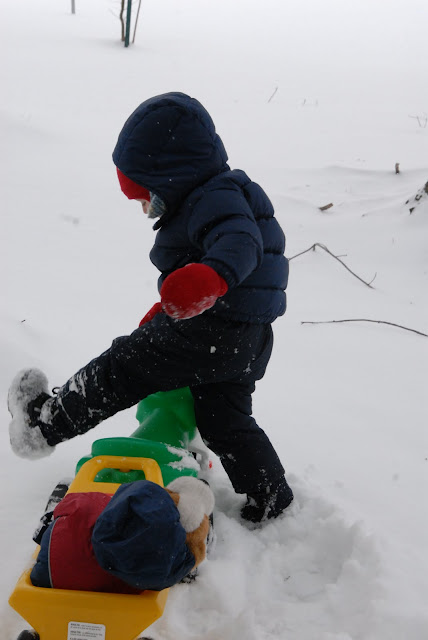