The Adventures of Little Dog, part one 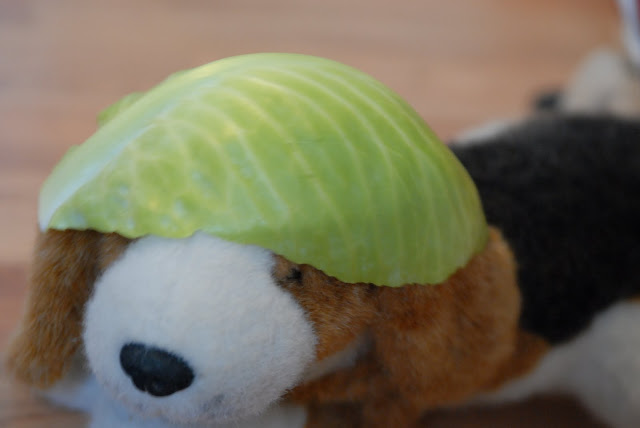 Little Dog came to us a year and a half ago – a gift from Jesse’s great grandmother upon meeting her for the first time. For a while, he was just one of a half dozen other stuffed animals, including Bald Eagle, Dinosaur, and Little Owl. But then he began to be singled out, played with more often, chosen over the other animals to go on adventures, and to sleep in The Boy’s bed almost every night. A few weeks of this and Little Dog had crossed a threshold. He was no longer just any old stuffed animal.

He had become real.

Little Dog comes down every morning under The Boy’s arm. If he is forgotten, The Boy can be heard running back toward the stairs from the bathroom (always his first stop) saying, “Lil’ Dod, Lil’ Dod – me donna det Lil’ Dod ut-stairs!” 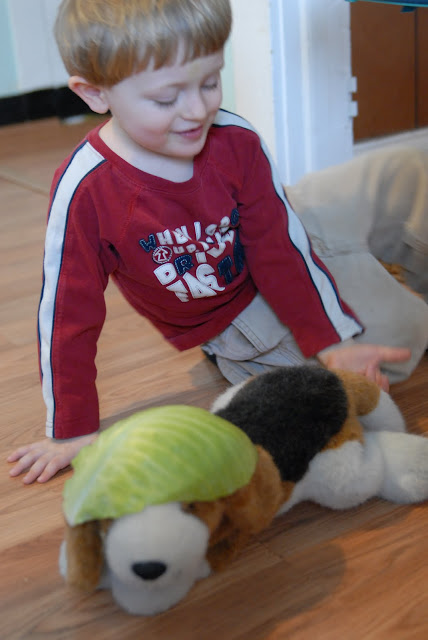 At breakfast, and every meal, Little Dog can be seen propped between the table and the chair right next to The Boy. Sometimes he is even given a table setting, though every body knows, dogs don’t use forks. (Sometimes this inspires The Boy – he has been known to eat an entire meal with no utensils and no hands – gobbling it off his plate, just like Little Dog).

Little Dog loves tractor rides, hiding in forts, and going to Grandma’s House. Little Dog gives very nice kisses (no slobber – ever!) and is always well behaved (except for when The Boy is helping him practice his sky diving – then mommy has to say, “No throwing dogs in the house!”) And every night, when it is time for bed, Little Dog is carried to bed under The Boy’s arm, and tucked in securely next to him, to dream of further adventures with his Boy….