One of the first things that attracted me to Jeremy was his love of adventure. I knew that he was as skier and loved to hit the black diamond slopes in the winter. Then I found out that he went white water kayaking in the summer, and I thought “This guy is really cool.”

Last Saturday was the first time I was able to watch him hit the rapids, and I took lots of pictures. 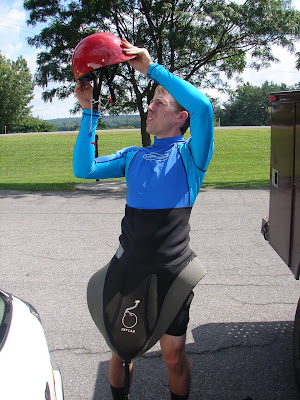 Gearing up – my husband in a skirt. 🙂 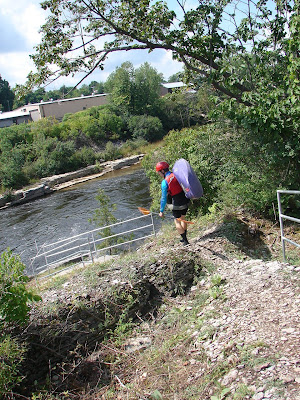 Heading down to the river 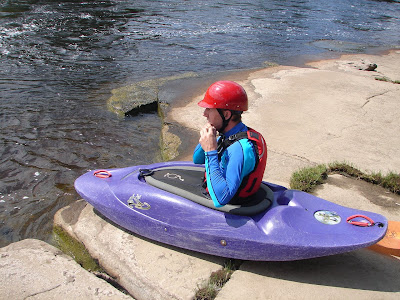 Isn’t the boat so cute? 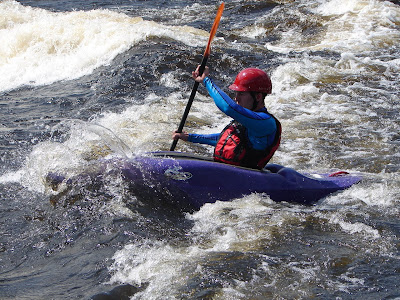 Into the rapids.
I also took video – this is at a ‘play spot’ on a river two hours north of us, one of Jeremy’s favorite places to boat. 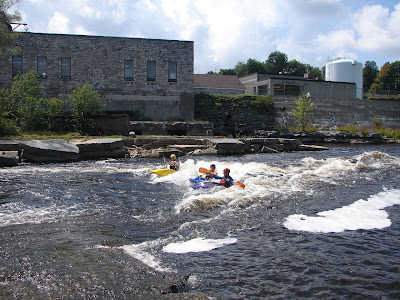 Here are Jeremy and two of his boating buddies competing to see who can ride the wave the longest. 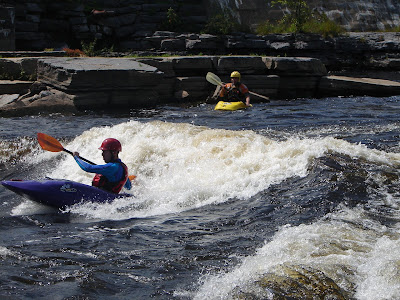 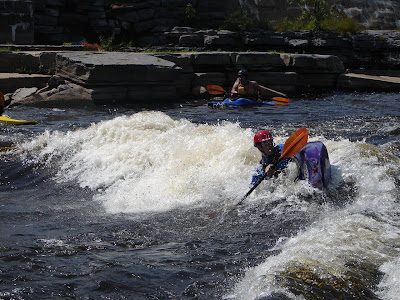 And here’s Jeremy just about to get wet. 🙂 It is so cool to watch the boat flip right back over again, guided by the clever maneuvering of the boater’s paddle and body weight. 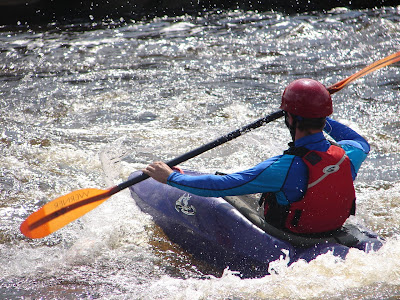 Jeremy has promised that he will teach me some day, but after watching him that morning, I’m not sure I have the guts! He makes it look very easy, but I know there’s a lot to it. It’s the scratches on his helmet, labeled with permanent marker which river bottom they’re from, that has me thinking twice!