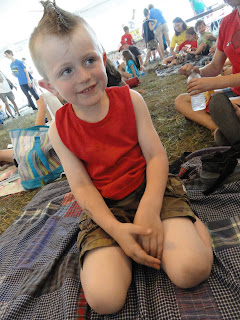 It all started with a Mohawk…read more here