Cousin Esther came to visit Jesse last night. For the first time in his life, he was not afraid of her, and they got along great. Esther is exactly one year older than Jesse, and absolutely adores him. Since he was born, she has wanted to hold him, though he was nearly as big as her from the beginning! 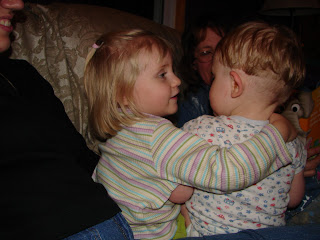 I love being aroud Esther ’cause it gives me a glimpse of about where Jesse will be developmentally next year at this time. These days Esther’s chatter has finally become discernable. Mom, Joanna and I all busted out laughing when Esther noticed the little scratch on Jesse’s neck, and thinking of her own pet rabbit’s claws, asked with deep concern (evident in her face in the photo below) –
“Was it from a bunny!??” 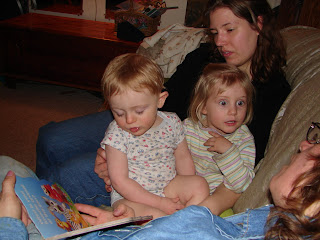 she just loves her cousin. He was especially handsome last night with his hair newly trimmed. 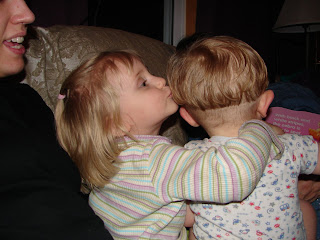 We read stories until bedtime, then Esther said goodbye. 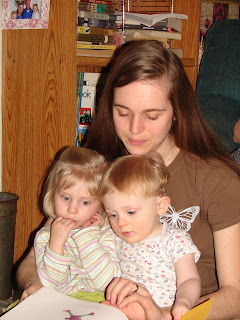