A Dinosaur and “Pat” 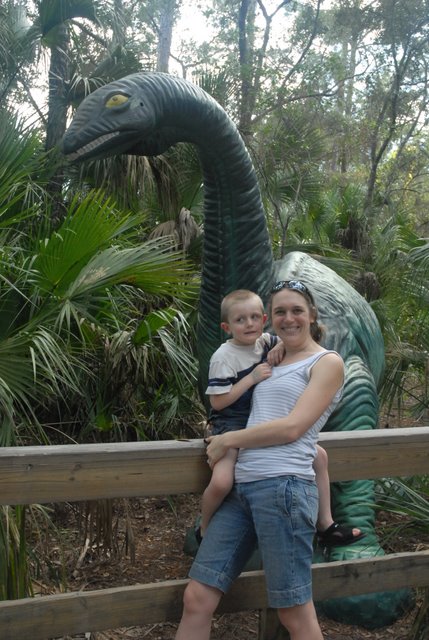 Today he read his first solo word, “Pat”. With a single glance, he belted it out. A channel has opened and the water will never run the old route again. I wanted him to remember this moment as I fondly remember the day I read my first word, so I squealed and cheered until my throat went raspy. His eyes shone.

Today he beat  me at Alphabet Bingo.

Today he asked, so sweetly, if tomorrow I wouldn’t talk on the phone and just play games with him all day.

I said ‘yes’ before I remembered I had a skype appointment.

I hesitated, but suddenly, simply, agreed. Of course I could cancel it. What is more important than a boy who is just learning to read, who wants to play letter games with his mamma ALL day? 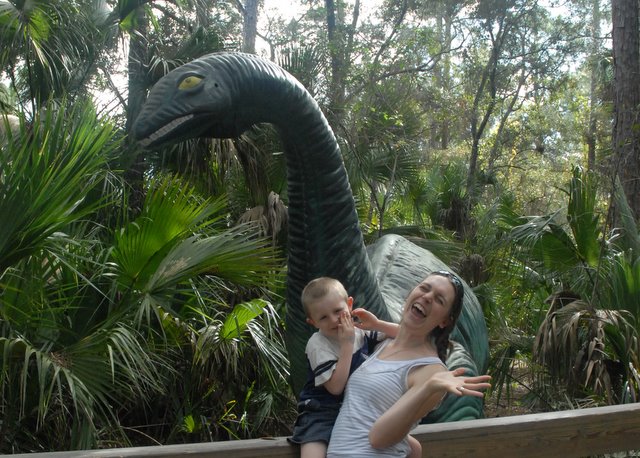 Photos taken at the Orlando Zoo in December. He thought it was a real dinosaur and was actually a bit scared.

I thought it was hilarious and made him pose with me.